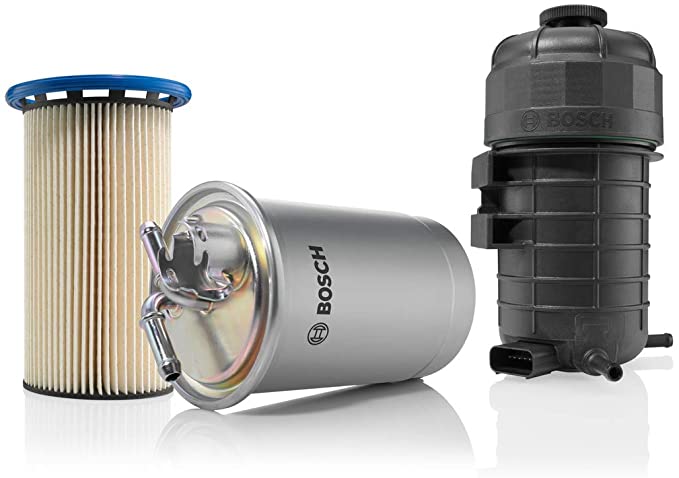 What is Fuel filters?

Fuel Filter:
Fuel filter is the only one on our list that has two different functions. Depending on the type of fuel used; petroleum or diesel, the fuel filter will act differently. For gasoline engines, the fuel filter is there to remove any impurities that came with the fuel you just put in your car. Since petroleum is an organic source, just like conventional engine oil, it will have some impurities in it. Don’t worry though, the impurities in both conventional oil and gasoline aren’t harmful to your engine.

For a diesel engine, the fuel filter is used in a much different way. While they both help the overall performance and life-span of the engine, the diesel engine is used to prevent corrosion on the parts inside the engine by removing any water that builds up. Since diesel is lighter than water, the filter is a bowl-like design that collects the water at the bottom. Then, a drain plug can be removed at the bottom to get rid of the water until just diesel is left. Allowing
water into your engine or fuel system will cause serious problems, so it’s important to be aware of that if you drive a
diesel vehicle.

The majority of cars on the road today run on internal combustion engines. Such motors rely on fuel, air, and a controlled spark to turn energy into movement through a system of complex mechanical processes. With time, your fuel system may become contaminated due to moisture, rust, and by-products of fuel degradation. Your vehicle’s fuel filter is supposed to prevent such contamination from reaching and damaging the fuel injector and other high-precision parts in your fuel injection system.

Like your car’s other filters, the fuel filter itself can become clogged as well, which is why many vehicle manufacturers recommend regular fuel filter replacements. Additionally, depending on your driving habits and the road conditions where you live, you may need to get your fuel filter replaced sooner.

Generally, some signs that your vehicle’s fuel filter is clogged include difficulty starting your car, engine stalling, reduced gas mileage, sputtering sounds, and decreased engine power. Problems with the fuel filter can trickle down to other parts in the system leading to more complicated repairs.

Disadvantages of a Fake Fuel Filter

What is a Link(age) Stabilizer?