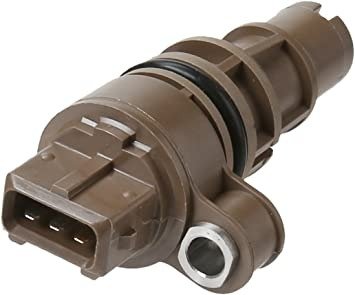 What is Vehicle Speed Sensors (VSS)?

Vehicles are equipped with a variety of devices that function together to help the automobile run smoothly. One of the most important components is the vehicle speed sensor.

The vehicle speed sensor (VSS) is also commonly referred to as a transmission speed sensor or output shaft speed sensor measures transmission/transaxle output or wheel speed. The low voltage signals from the VSS to the control modules is used to modify engine functions such as ignition timing, air/fuel ratio, transmission shift points, and to initiate diagnostic routines.

The VSS is connected to a speedometer cable and positioned between the axle and wheel of a vehicle. Most VSS operates from a magnet connected at the back of the transmission housing, behind the speedometer.

The top of the VSS senses the output of the transmission. Its opposite side is connected to a rotating magnet, which generates voltage. The voltage is then transmitted to a module that calculates the speed proportional to the moving vehicle. During a vehicle’s movement, the VSS will generate four pulses in response to one rotation of the magnet.

To buy original sensors from us visit our store via https://www.kamsiparts.com/?post_type=product&s=Vehicle+Speed+Sensors+